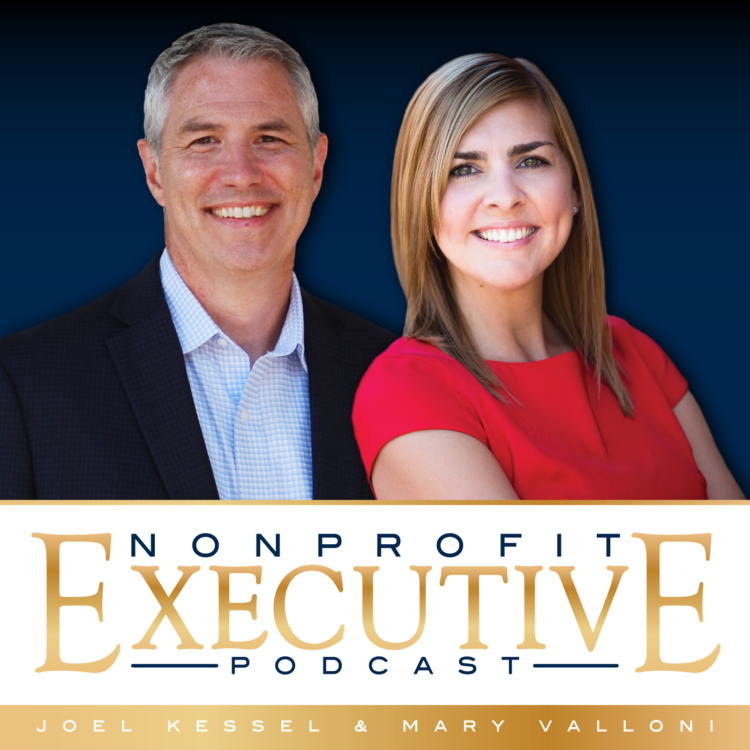 In today’s episode, we are jumping into Mary’s Fundraising FREEDOM process with step 1, Focus Your Vision.  For today, we are talking about vision as it pertains to finance.  Is it $100,000, $1,000,000, or $10,000,000?  Whatever it is, I want you to focus your vision on the dollar amount you want to accomplish that you’ve laid out in your strategic plan.  Get that number locked in your head.

I’m a big fan of the book, Think and Grow Rich by Napoleon Hill.  When you can lock into that dollar amount, your thinking can change your ability to reach that number.  For me, I talk quite often about my experience with the American Cancer Society where we raised half a million dollars in the first year.  My supervisor gave me an initial goal of $50,000, which was what the feasibility study told us (this is why I’m not a superfan of feasibility studies – especially around fundraising – because it can be very limiting). We were able to raise that $500,000 with the steps I’m going to share in the upcoming weeks.

You have to remove the emotion of money.  Money is literally just an exchange for goods and services.  Money is amoral – it’s not good or bad, it just is.  I’m also a huge fan of Dave Ramsey, and in one of his teachings, he compares a one-dollar bill to a brick.  The difference?  We don’t associate value on a brick.  However, they both allow us to build what we want.  Look, it doesn’t cost you anything to plan.  If you came to me and said, “Mary, I want to build a building,” but you’re not sure how much it will cost.  That’s not good enough.  So, you need to sit down and run the numbers.  Do the math and figure up exactly how much that building will cost to build.

When I start talking to the top leaders of an organization, I always ask them what they would do if I wrote a check for one million dollars today.  If I wrote YOU a $1 MILLION dollar check, do you know where you’d spend it?  It’s kind of like the lottery.  Many people who win the lottery lose it because they don’t have a plan.  Also, you just told me (your donor base) that you don’t have a plan for my money, so why would I write the check? If you’ve been following along with Joel’s strategic planning process, you would know exactly where that money would go.

It’s important to surround yourself with the right people.  Jim Rohn says you are the average of the 5 people you spend your time with.  For example, if I say we’re going to raise $100,000, I want you to surround yourself with 5 people who can help you get there.  Now, if I change the number on you and I say, ok, now I want you to consider $1,000,000.  Who are the 5 people you’re going to surround yourself to raise a million dollars?  Are these 5 people going to be the same in both scenarios?  Probably not.  They are going to be completely different people.  Your entire focus, mindset, and strategy changes.  You now have to think on a bigger scale.  It may take a little longer on the front end to identify those people, but you’re going to see larger sums of money come in, in the end.

Finally, you have to know what your ‘why’ is.  When it comes to answering this question, every single person on your team is going to have a different answer.  Yes, you are all working together toward one mission and vision, but each person on your team has a different reason for being there.  When I was working at the American Cancer Society, my reason for being there was because I wanted to prove myself as a legitimate fundraiser for what I thought was the granddaddy of nonprofits.  Fast forward a few years, my dad passed away from cancer.  Then, my ‘why’ changed.  If you don’t know your ‘why’ these dollars are going to be really hard to raise those dollars and to keep going day after day, month after month.

We know being a nonprofit executive is a lonely job and we want you to know that you are not alone as you work toward your mission.  If you like the content of the podcast, as well as the work we do, we invite you to join the Nonprofit Executive Club.  The Executive Club is a monthly training program that gives you the ability to increase your influence through strategic planning and fundraising support.  For more information and to join the Club, go to nonprofitexecutiveclub.com.

Resources from this episode:

This site uses Akismet to reduce spam. Learn how your comment data is processed.